Did Joseph of Arimathea Play the Saxophone?

Did Joseph of Arimathea Play the Saxophone?

Further Ramblings of a Crazy Alchemist 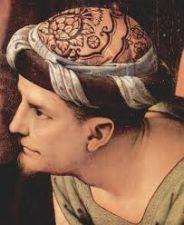 "And did those feet in ancient times walk upon England's mountains green?" Jerusalem is a tune I play a lot on my saxophone, out on the streets, busking with my mate Ian on guitar. This rousing hymn gives me a chance to blow the sax inside out and it always brings in a few quid. Yet I've only recently realised that this poem of William Blake's, set to music by Herbert Parry and now an unofficial national anthem of England, refers to a Cornish legend that Joseph of Arimathea was a tin merchant, who on one of his trips to Cornwall to trade with the miners was accompanied by his nephew, Jesus of Nazareth. Nothing is known of Jesus' life before he began his ministry in his late 20s/early 30s. He may well have travelled widely as part of his education and preparation for those last three years of his life.

It was Joseph who took Jesus' body down from the cross and buried him in a tomb he had bought for is own death. What an intimate relationship he must have had with Jesus. The story then continues outside of the Gospels: Joseph sailed with other evangelists to southern France; he however continued, one of twelve, on a journey he knew well; through the Pillars of Hercules into the Atlantic Ocean; there they pointing their ship's prow northwards and sailed to the southern coast of Britain.

It is claimed that this band of missionaries, part of the 70 charged by Christ himself (Luke 10) built the first Christian shrine in Britain out of wattle and daub at Glastonbury. Some claim this was the first church in the world for here in the Celtic fringes of the Roman Empire the power and persecution of Rome was very weak, allowing the new spirituality to flourish unchecked. It stood until May 25th.1184 when the Abbey at Glastonbury, which had grown around this original structure, burnt down with the destruction of all the holy relics including the bones of St. Joseph of Arimathea and his sacred saxophone. 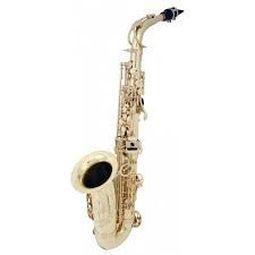 It is estimated that close to 500 saxophones turn up every year at Pilton for the annual Glastonbury festival. If Old Smokey Joe of A had brought his own sax, Pilton may be able to boast of being the first place in Britain where the sax was sounded, as early as 35-40A.D. Instead Pilton lays claim to the place where he landed in the Somerset Levels on his way to founding the shrine at Glastonbury. A banner in the village church commemorates this legendary event. Two thousand years ago the low laying area of Somerset was an inland sea, dotted with islands and Pilton was one of its many harbours. This is not difficult to imagine because that is how it looks at present after the 2013 and 2014 winter storms and floods. Everything goes in cycles.

Neptune and Pluto form a conjunction in the heavens once nearly every 500 years in almost the same zodiac degree. We are currently 122 years into this 500 year cycle. If we go back 4 Neptune/Pluto cycles to 82B.C. and add on 122 years we get to 40 A.D. Currently Neptune and Pluto have the same relationship in the heavens as they did when that new, exciting and fresh spiritual consciousness spread out from Israel. Seeds of hope were planted then; are new seeds of hope are being planted now?

A few wet and windy weekends ago I visited the museum in Plymouth and stumbled into a collection of the earliest English porcelain - don't worry nothing broke. Up until the 1750s porcelain was imported from China because they wouldn't tell us how to make it. However, around that time experimental ware was being made in Plymouth, some of which was on display in the museum. One of the glazes they used on this earliest of English porcelain was tin oxide and to my great pleasure they had displayed the underneath of one such experimental piece marked with the alchemical symbol for tin, the same symbol that is used astrologically to denote Jupiter.

So I think to myself, is this what all this Joe stuff is about - some kind of gentle coaxing or prodding to get me motivated into acquiring the remaining ore? It's all a bit ironic really - there are old tin mines just a few miles from here, up on Dartmoor.