Most days in the week I walk the quarter or so mile to the post office to wave the day’s orders off.  On the way I pass the church nestling in its grave yard.  Of late I have been taking detours along its gravel paths and between the head-stones to marvel at the Celandine which have been putting on a fantastic display.  The church yard is carpeted in the star-burst yellow flowers; it’s an amazing sight.

I can’t recall there being so many celandine in previous years but we are apt to forget, what with all the changes that have been occurring, that we have had such a wet winter and Celandine enjoys wet ground, growing in profusion in low-laying, poorly drained meadows and by streams.  It seems to have taken advantage of the extreme wet weather and even managed to spread out of the grass and take root in the gravel paths.  I’ve been watching it each day, observing changes depending on weather and temperature.   One of the greatest observers of nature was William Wordsworth, so I should hand over to him at this point.

There is a Flower, the lesser Celandine,

That shrinks, like many more, from cold and rain;

And, the first moment that the sun may shine,

Bright as the sun himself, 'tis out again!

When hailstones have been falling, swarm on swarm,

Or blasts the green field and the trees distrest,

Oft have I seen it muffled up from harm, In close self-shelter, like a 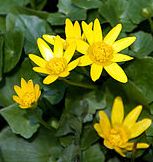 There are two plants that share the name - Greater Celandine and Lesser Celandine.  Greater Celandine is in the poppy family while the small celandine belongs to the buttercups.  The name comes from the Greek, Chelidon, meaning swallow.  In Greece they appear at the same time, both poignant harbingers of spring.

Its use as a flower remedy was first documented by Gurus in his book Flower Essences and Vibrational Healing.  He writes:

“Celandine manifests one characteristic, which is the ability to transfer information… It effects the throat chakra, the nadis in the throat chakra, and the thyroid; thus the essence also stimulates the metabolism distributing energy throughout the body.  Because metabolism is activated the meridians are strengthened.

“This is an exceptional remedy for singers and lecturers for articulation and the receiving of information.  Student-teacher communication is stimulated, telepathic transference of information increases, and lucid dreams and instructions from one’s spirit guides are activated.  All forms of dialogue are enhanced.

“Any problem in the throat, particularly the vocal chords, can be treated with celandine.”

It is an important remedy in our repertoire, forming part of our Chakra Flower Essence set: we use it to stimulate and unblock the throat chakra and it appears in our Chanticlear combination. 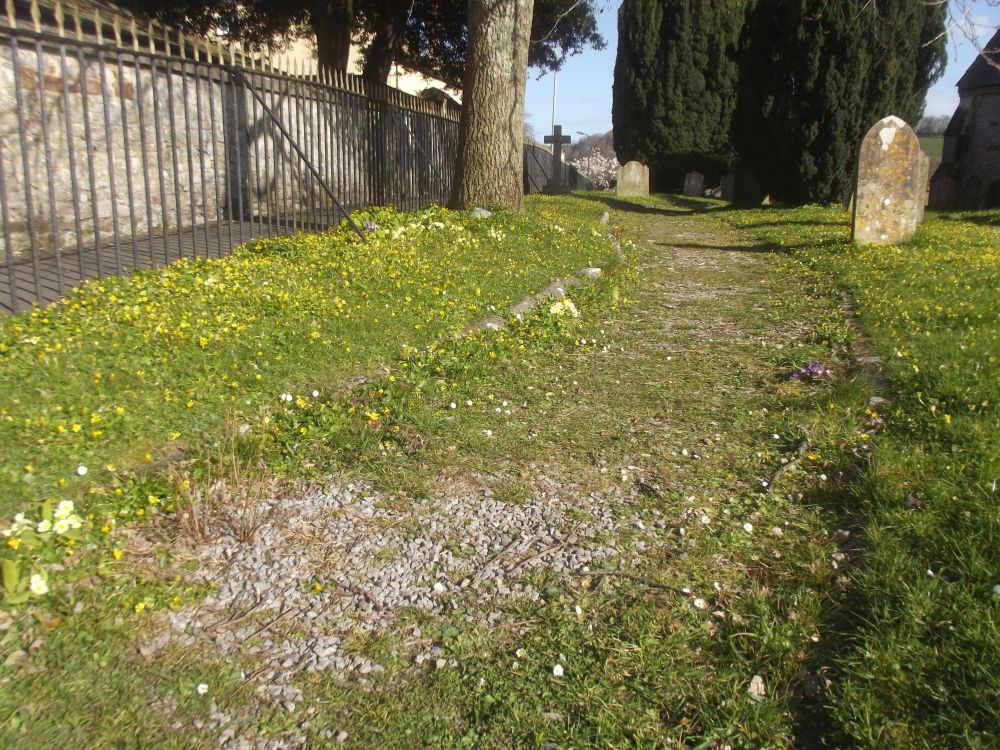 Wordsworth linked celandine to the Sun: it is a solar flower with its bright yellow eight-petal pattern mirroring the eight solar festivals throughout the yearly cycle of the Sun (Spring equinox, Beltaine, Summer Solstice, Lammas etc.)  I have found, as I wandered lonely as a cloud through the church yard, a connection between the celandine and our ancestors.  The celandine seems to be the throat chakra of our ancestors opening wide as if they have something beautiful and uplifting to say to us during these troubled times.  Then I think, what have they to say? And my mind inevitably turns to Heidi, who became an ancestor 2.66 years ago; what would she say?  I imagine she would say, stay calm, no need to panic, we are here with you.   And I have become aware that she has drawn close of late, reminding me of her presence in spirit with those subtle signs - those little “coincidences”.  I know she works with the solar angels of healing because she became one when she passed into spirit.

Heidi isn’t buried in the church yard but the cemetery at the edge of town.  I’m not one for visiting or tending the graves of loved ones but since I am frequenting the church yard so much I thought it time pay Heidi a visit.   I hadn’t been to her grave this year and it always brings the grief to the surface as if she died yesterday.  I had thought of making the remedy in the church yard, even though I do not need to replenish the mother tincture, because it is such a powerful year for celandine.  However, when I saw the celandine growing on Heidi’s grave I decided to make the remedy on top of her bones instead.

At home every bottle of mother tincture sitting on the shelf has a story, a memory is attached to each one.  When I pick one up to make the remedy from it, I recall the story of its making, the location of making, the form of the flower; this is an aspect of the conscious intent I use when making all the remedies.  You see, I had thought of making remedies on Heidi’s grave before but questioned whether or not I wanted to be reminded so vividly of her death.  As I kneeled on her grave, picking the celandine to float in the glass bowl of water, I turned one over in my hand and studied the underneath and found myself remembering a vision I had in the dream state a year or so ago, one I have shared with you in a previous newsletter. 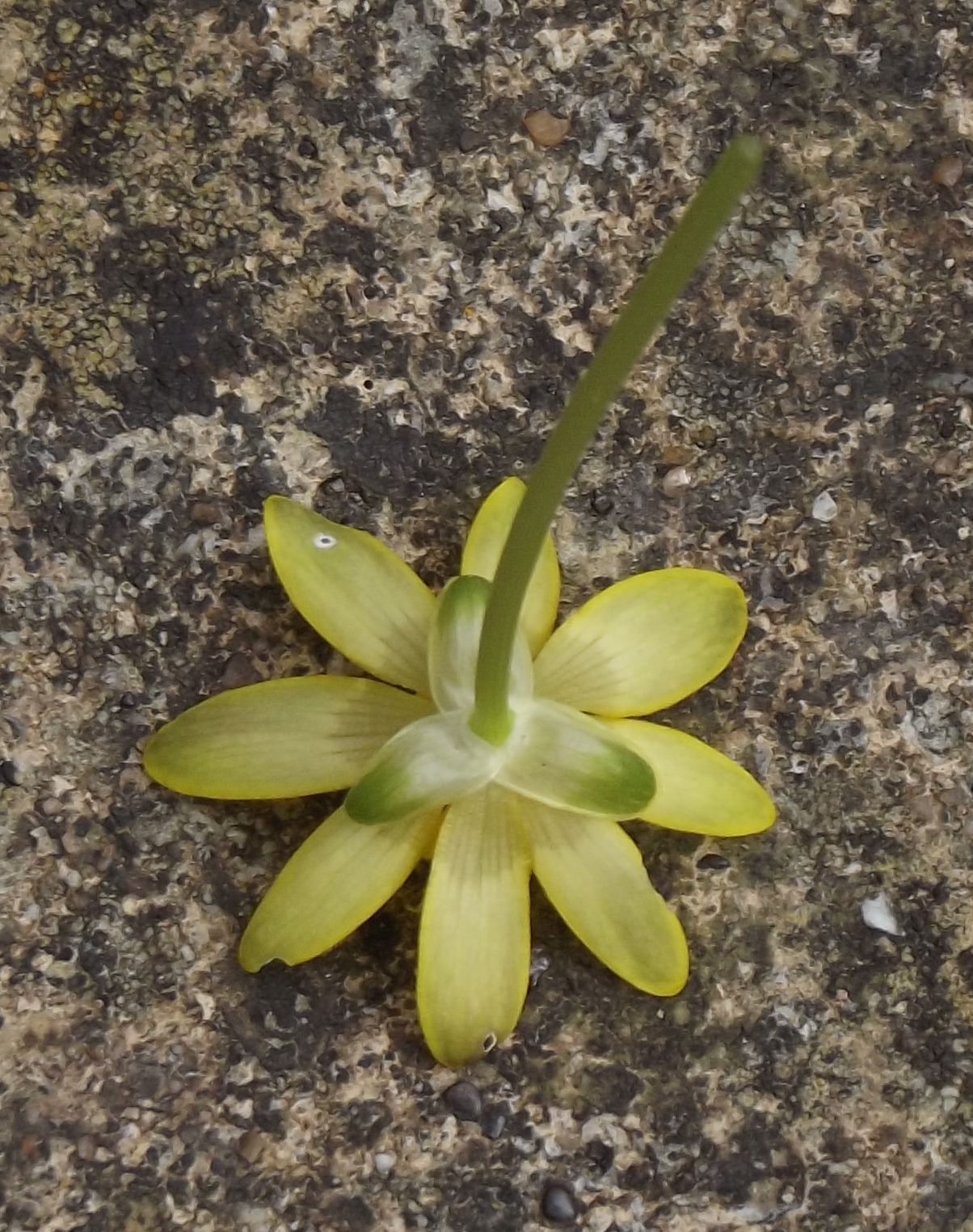 I was bringing in a turquoise double bed sheet from the washing line but I did not notice the corner trailing along the ground.  I remember being annoyed with myself.  Inside the house I was startled by a knock on the window, you know that distinct sound when you bend the index finger and rap three times on the pane.  I immediately turned but no one was there but I did catch a glimpse of someone outside moving round to the next window.  I followed in the house and in the next room Heidi was at the window looking in at me.  I was utterly shocked.  What are you doing here?  You can’t be here!  She hasn’t pulled a stunt like that on me since; perhaps after seeing the look on my face she thought better of it.   It was one of those profound dreams to reflect upon, process at a deep level and what it left me with, above anything else, was that she was showing me the importance of the number three in relation to her life in spirit.  When I had finished floating the celandine in the bowl on Heidi’s grave I looked up and saw the trinity engraved on her headstone. 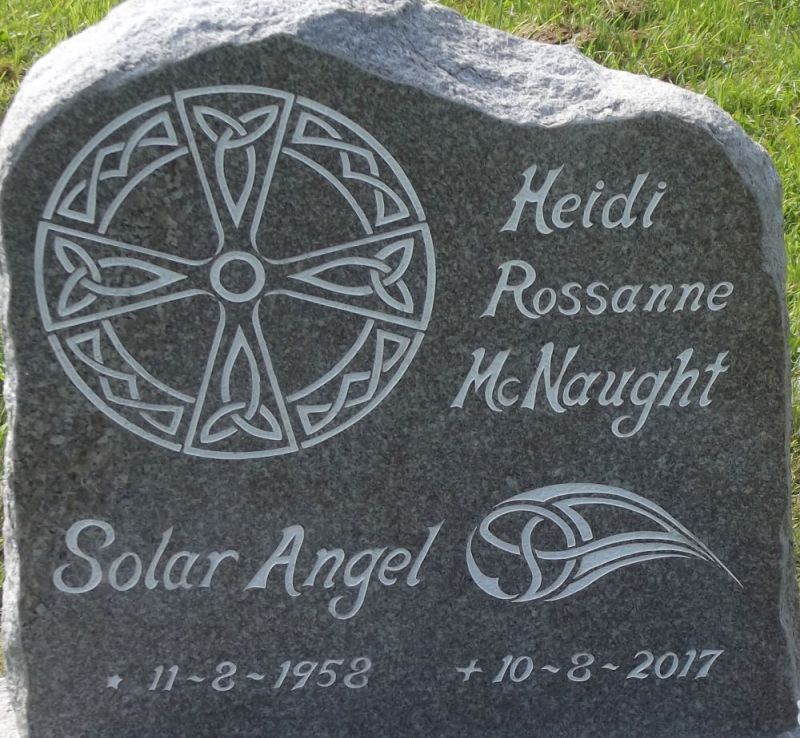 Life moves on, time stops for no one, and I have another woman in my life.  She lives 130 miles away so with the lockdown we will not be seeing each other for quite a while.  She contacted me a few days after I had made the celandine flower remedy complaining of mucus in her throat; did I have a remedy for it?  She is the first and only one I have sent Heidi’s celandine to and as I wrapped it up for posting the significance of the connection hit me full in the face and I cried.  Heidi was sending a healing gift to a new woman in my life.