Ramblings of an Alchemist

Ramblings of an Alchemist 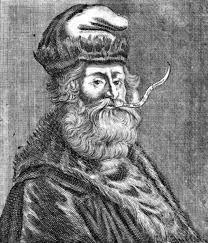 I wanted to share with you the process I am involved in.  I have one piece of cinnabar, hematite,  galena and prototype planetary essence with some feedback and that’s about it.  Where I want to get to is seven planetary essences—one for each of the inner planets.  I’ve always wanted to make essences that can attach themselves to the wisdom and healing contained within astrology - slowly, and hopefully surely, I’m moving in the right direction.

It’s that truth Brian Cox has made so popular: we all have come from and made up of star dust.  For gold to be formed tempretures have to reach levels we know only exist in super-novas, exploding stars.  The metals in our earth, like much else including us, have blown in from distant places.

I’m slowly collecting the metal ores that align to the seven planets: gold for the Sun; silver for the Moon; mercury for Mercury, copper for Venus, iron for Mars; tin for Jupiter and lead for Saturn.  I’m scratching my head over how I can possibly get my hands on a nugget of gold, even for half an hour to make into a gem elixir.

Gem Elixir is a boil in the pan essence - 10 minutes - then bottle with preservative such as brandy or vodka.

But there has to be more to the essences than just gem or rock essences, doesn’t there?  Yes but what?…  Then at last the next step comes into sight: I will make the essences at significant times - when the energies of the planetary essence I’m making are particulary strong.  That’s good, that helps define the essence as something different from a rock essence and adds another dimension.  Yet the planetary influences are so wide that there must be other layers added to the essence.

Now I’ve been thinking about the planetary symbols which are all made up of combinations of circles - spirit;  half circles or crescents - soul; and crosses - matter. 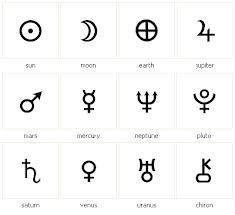 Ok, this path doesn’t seem to end in a dead end immediately because the cross of matter is made up of  the 4 elements: I can make essences of fire, earth, air and water.  In fact I’ve just realised I’ve already made them all under moonlight!  Moon Fire, Moon Mud, Moon Wind and Moon Water.  I can combine these four together into a Cross of Matter Essence.  So I only have to capture the essences of spirit and soul.  Any bright ideas?  I don’t as yet.

So if I manage to crack the secret of making essence of spirit and essence of soul,  is combine the planetary symbol essence with the rock essence.  I’ll give you an example.  The planetary symbol of Mars is a cross of matter surmounting a circle of spirit (the arrow of Mars is a corrupted cross).  I will combine the rock essence of hematite, made at a Mars sensitive time, with the essence of spirit and then on top that add the cross of matter essence.  If I also add the radionic rate for Mars I’m getting something that is starting to shape up into a planetary essence.

Still a long way to go but I can see just how useful a set of these essence would be.  Venus is the planet of love and harmony so I would certainly be adding it to our Relationship Trauma combination.  It would go fine and dandy in a Love Potion flower essence combination too.  Saturn essence would have many uses for when we need to harmonise the Saturn energy with us - indicators include, bones, stiffness, fear, vulnerability, boredom, restrictions, repressions etc.

Lots of work ahead but all inner.  Laying on the bed thinking about the process, falling asleep and hoping for insights in my dreams.  But if you haven't already, just ignore me - these are no more than the rumblings of stones tumbling in an alchemist's mind.