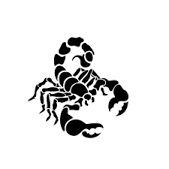 The Sun's movement into Scorpio on the 23rd October coincides with the period of the year when we move our clocks back one hour.   It is one of those powerful celestial moments reflected in the Earth's northern hemishere as the beginning of the short days and long nights, the bite of the cold when we can no longer pretend that winter is not just around the corner and the Earth is fast emptying of its life.  On this day I boarded a plane on the shores of the Black Sea with strong winds sweeping down from Russia, stinging our faces with rain not far removed from sleet.

Death is a core theme of Scorpio, the seed's burial in the Earth for later resurrection.  We are moving into the ancient Celtic festival of Samhain, All Hallow's Eve, when the veil between the living and the dead thins and our ancestors draw close.  At this time of year the ancient Greeks remembered Chiron, their Wounded-Healer saviour god, who relinquished his immortality and his earthly suffering to descend into the Underwold for nine days before rising into the heavens as the constelation of Centaurus.

Deep and profound are the energies that weave themselves together to create the celestial scorpion.

Each of the twelve signs encapsulates one of the twelve lessons of the soul.  The Scorpionic soul lesson is concerned with learning how to let go.  There are many flower remedies that align themselves to the energies and qualities of Scorpio and help the soul develop and evolve, learn it's lessons.

Within the Bach repertory it is Chicory.  This remedy is one of the first twelve Bach made, one of his original 'Twelve Healers', all of which align to the signs of the zodiac.  Chicory is used when there is possessiveness, overly demanding, needy expressions of love, negative ways of getting attention and self-centeredness.

Oregano is other remedy of release.  When we release we give up control and influence. This essence allows us to see with more clarity that we do not have to hold on, we can surrender the reins of power to something beyond ourselves.

Fuchsia too is concerned with release, deep cathartic release.

The depth within the emotional life of Scorpio is intense, deep and dark, like a volcano it can emerge into the light of the day, dramatic, intense, difficult to control, leaving us feeling confused, exposed and embarressed.  Jealousy, hatred and anger are emotions strongly associated with this sign of the zodiac, along with bitterness and inability to forgive.

Holly is the first port of call for scorpionic emotions.  Jealousy and suspicion, envy and revenge, suffering inner torment of negative and destructive feelings, losing touch with love, self-hatred, is how Bach described those in need of this remedy.

Cardoon thistle is the remedy for those who feel wronged and desire revenge.

Sedge flower essence is for a deep and bitter anger. It is for those who brood on their misfortune. Such individuals may be prone to taking out their own anger and frustration on others.

Each sign of the zodiac governs an area or zone of the body.  Scorpio is associated with the genitals, where intense and secretive emotions are stored.

Basil flower essence can be used when there is a sense of shame, guilt or disgust around sex. Basil heals the separation experienced between sexuality and spirituality which is so often aggravated by cultural taboos and stereotypes. Consider using Basil for those who have developed unhealthy sexual desires.

Twelve is an archetypal or magical number, resonating with many other systems apart from astrology.  Christ has his twelve apostles and Hercules his twelve tasks.  The scorpionic disciple was Judas while the heculean task was the killing of the Hydra and taking the posionous blood from the monster.  These two archetypes combine in the Asphodel flower remedy which is for deep cleansing and purging. This is an excellent flower essence to use when there is a sense of being tainted, unclean, contaminated or poisoned in some way.

Scorpionic consciousness occurs when we are forced into a corner, a life or death situation, where everything becomes crystal clear in either black or white.  It is in these situations that we are forced to change or transform like a caterpillar into a butterfly.  The remedy to assist this process is Crimson Pea.  Crimson Pea is an essence that assists the soul through the process of personal transformation. It helps us appreciate the healing gifts that we receive at these times of great stress and inner tension. It is very useful for those involved in the process of dying and those witnessing and supporting the dying.